How to Avoid Dependence on Common Cold Meds?

The common cold is an unpleasant phenomenon, but inevitable: on average, anyone suffers from SARS 2-3 times a year. The drugs that are used for this can be divided into two fundamentally different groups: the actual antiviral drugs that affect the source of infection, and the symptomatic ones – drugs that reduce the manifestations of the disease, but do not affect its cause. 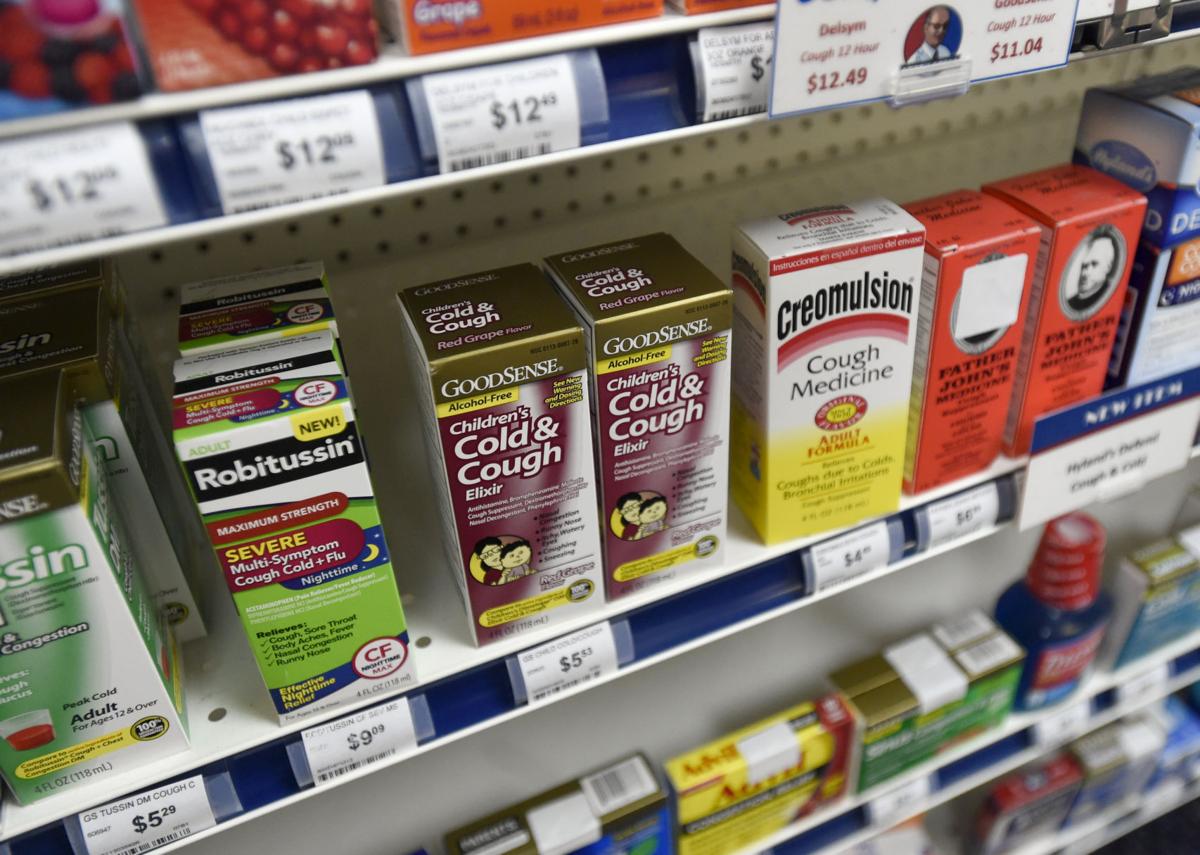 Antiviral agents are drugs that prevent the onset and development of viral infections. They can work in two main directions: act directly on the structure of the virus, disrupting its vital functions, or influence the human immune system, helping it neutralize the virus. Drugs that act specifically on the source of infection are called etiotropic, and those that affect immunity are called immunomodulatory.

Immunomodulating agents help the immune system fight the disease, and they do this using various biological mechanisms of organism. Some drugs increase the sensitivity of cells to their own endogenous interferon – this is how pentanedioic acid, works. Others enhance the production of interferons, antiviral agents. Still others activate immune phagocyte cells and cells that devour cells infected with the virus. In any case, these agents do not directly affect the reproduction of the virus in the body, they only stimulate one or another link of antiviral immunity, and their effectiveness will largely depend on the state of the patient’s own immunity.

Preparations for symptomatic treatment do not affect the virus itself and immune system, that is, they do not help the body cope with it. They only eliminate the symptoms of colds and flu; facilitate breathing by removing edema from the nasal mucosa (this is the effect of any drops from a cold); they reduce the temperature and reduce the activity of inflammation – this is how all antipyretic drugs work, such as paracetamol, aspirin, ibuprofen and others. Also, these drugs block the cough center, reducing a dry cough (for example, butamirate), and if the inflammation has gone far, they dilute sputum and improve its excretion; supply organism with vitamins and minerals necessary for the functioning of the immune system (vitamin-mineral complexes). Combined drugs also exist – they are most often advertised as a universal remedy in order to quickly recover from a cold.

Codeine is an opium alkaloid; it is also obtained in a semi-synthetic way. In chemical structure, it is close to morphine, but its analgesic effect is less pronounced. Codeine has the ability to reduce the excitability of the cough center.

Addiction to Drops and Nasal Sprays

A stuffy nose significantly reduces the quality of life of any person. Most people in such situations resort to special nasal drops and sprays. There are several types of liquid nasal drugs that differ in both their composition and the mechanism of action and therapeutic effect. 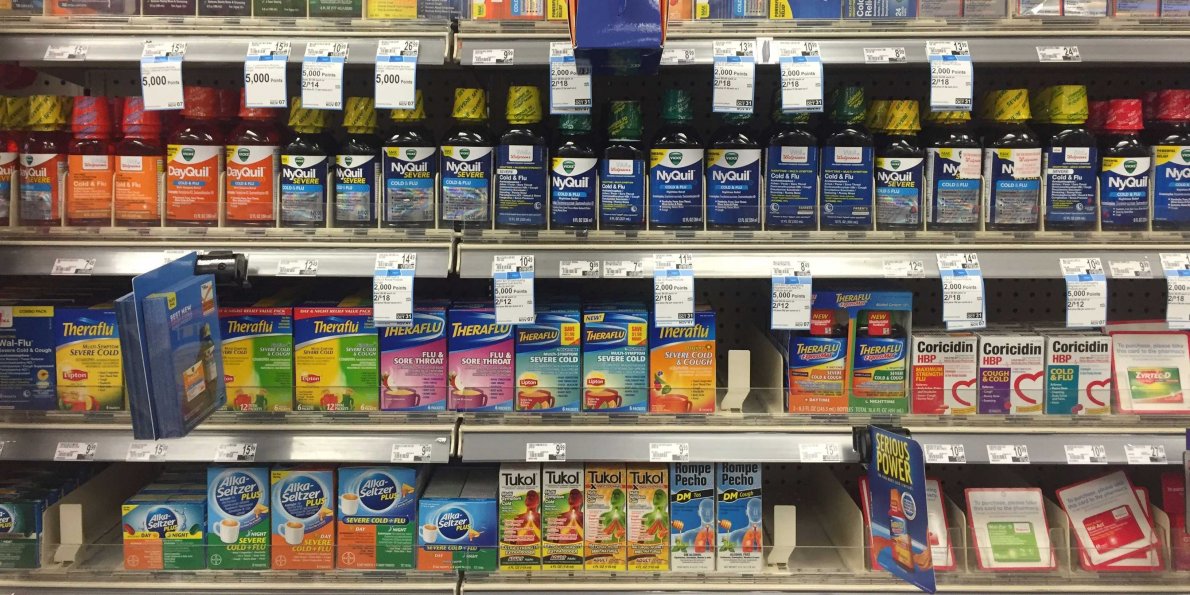 Nasal medicines include drugs that are administered through the nose. For the treatment of nasal congestion of various nature, nasal drops or spray may include four active ingredients:

This category includes sprays and drops based on salt solutions. The mechanism of their action is more similar to the procedure for washing and cleaning the nasal passages. Allergens, dust and pathogens penetrate the nasal passage along with inhaled air. The body reacts unambiguously and secretes mucus in order to get rid of irritants before they cause inflammation. Saline drops and sprays act in a similar way – they help to evacuate mucus from the nasal passage and thereby facilitate breathing. However, many salt-based drops contain preservative substances that cause irritation if the internal nasal cavities are inflamed or have microcracks.

Some nasal sprays and drops contain corticosteroids that help relieve swelling. Most often, hormonal sprays are used to get rid of nasal congestion, which is caused by the action of an allergen or other irritant.

Contrary to popular belief, hormone sprays are absolutely safe. They act locally, are not absorbed into the systemic circulation, do not harm the mucosa and do not affect the blood vessels of the heart and brain. That is why they are allowed for long-term use, but only as prescribed by a doctor and under his supervision.

Antiallergic sprays contain antihistamines that relieve nasal congestion caused by the body’s immune response to the allergen. These substances chemically block histamine, which is responsible for the development of edema, itching, sneezing and runny nose. The peak of the use of such drops and sprays falls on the period of exacerbation of seasonal allergies. The great advantage of antihistamines is the ability to inject the drug directly into the area of ​​edema and inflammation. Using a nasal spray, the patient uses the drug locally. This helps to avoid unpleasant side-effects in the form of drowsiness, irritability, dispersal of attention, weakness that accompany the administration of antihistamines in the form of tablets and syrups.

Most vasoconstrictor sprays contain oxymetazoline or xylometazoline. These substances are structural analogues of the hormone adrenaline, which in stressful situations causes an increase in blood pressure, increases the heart rate, and also constricts the blood vessels. Thus, xylo- and oxymetazoline preparations are the most prescribed for influenza, colds and other respiratory diseases. They constrict blood vessels, reduce swelling, inflammation, and mucus production.

The most common side effects of vasoconstrictor drops and sprays are:

When using vasoconstrictive nasal drops for longer than the allowed period, the patient may develop a drug dependence on the use of this drug, which is accompanied by unpleasant, and in case of neglect of the disease – dangerous symptoms.

Causes of Addiction to Drops and Nasal Sprays

In fact, dependence on taking nasal drops and sprays is manifested in the development of tolerability to the active substance of the drug. The essence of this phenomenon is the need to constantly increase the dose of the drug to obtain a therapeutic effect. With regular external stimulation, the body relaxes. 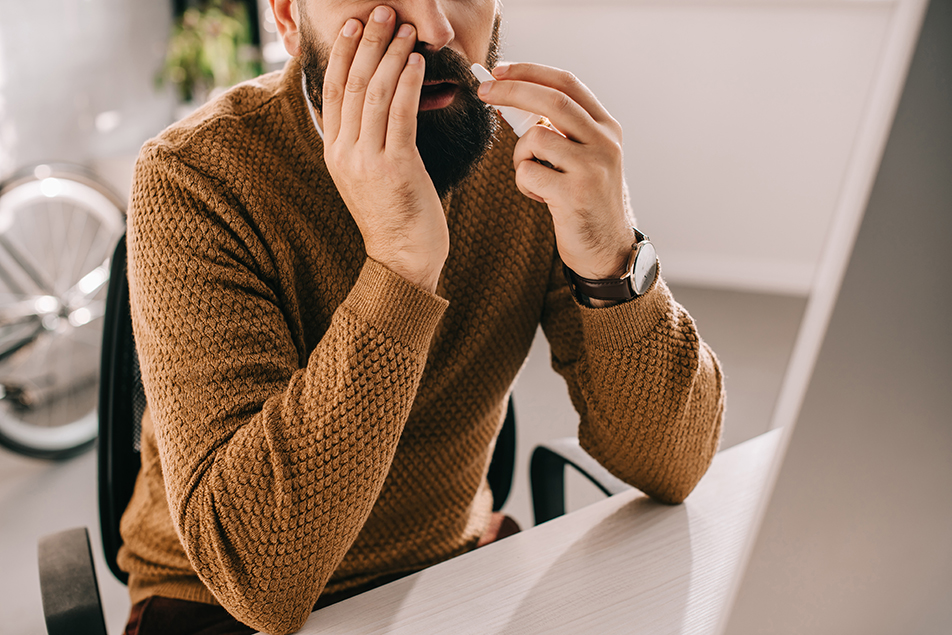 In other words, in order to feel relief, instead of 1-2 irrigation of the mucosa, a patient has to fill the nose with drops in doses that several times exceed the recommended ones. Over time, the moment comes to where neither an increase in dosages, nor even a replacement of the manufacturer of vasoconstrictive drops, leads to the removal of nasal congestion.

The first signs of the development of dependence on drops and nasal sprays can be determined by characteristic symptoms.

The main symptom of the development of dependence on taking nasal sprays and drops is an increase in the frequency of taking the drug during the day. At the same time, nasal congestion quickly returns, and in order to restore normal nasal breathing, you have to use the spray more and more often throughout the day.

Moreover, a patient may feel itching and burning in the nose, a pressing headache, emotional instability, irritation in the throat, loss of smell, and a feeling of general discomfort. A runny nose also comes back, followed by a cough and sneezing.

The extreme degree of uncontrolled intake of vasoconstrictor nasal sprays is the development of drug rhinitis. The cause of this disease is a chemical lesion of the nasal mucosa as a result of prolonged or frequent administration of nasal vasoconstrictors. As a result, the blood vessels no longer adequately respond to the drug substance, the effectiveness of the drug is reduced, and in order to relieve nasal congestion, a patient needs to apply drops even more often.

How to Overcome the Dependence?

The first stage of treatment for dependence on vasoconstrictive drops is a complete rejection of their intake. A patient needs to recognize and accept the fact that he has become addicted to nasal drops or sprays.

The next step is to immediately seek help from an otolaryngologist. The medical specialist will conduct a survey of the patient, prescribe the necessary diagnostics, collect analysis data and make a diagnosis. When confirming concerns about the development of addiction to nasal drops or spray, the doctor will select the only correct individual treatment for each patient.

For the treatment of drug dependence, depending on the severity and neglect of the disease for treatment, therapeutic, physiotherapeutic, and surgical methods are used.

To eliminate addiction to vasoconstrictor nasal agents, it is necessary to completely exclude the use of these drugs. A doctor may prescribe hormonal drops or sprays that contain glucocorticosteroids, and are able to facilitate the patient’s breathing without undesirable side-effects. These drugs relieve inflammation and swelling in the nasal passages, eliminate unpleasant symptoms and improve the condition of the nasal mucosa.

In addition, a doctor may prescribe certain physiotherapeutic procedures to improve the patient’s condition. These procedures include:

In cases where therapeutic treatment is ineffective or the effect of taking medications is insufficient for the patient to recover, urgent surgical intervention is necessary. The main reason for the deterioration of the patient’s condition when there is a dependence on vasoconstrictive drops is the development of edema and a decrease in the lumen of the nasal passage. Therefore, all surgical interventions are aimed at recovery. Surgical treatments include: